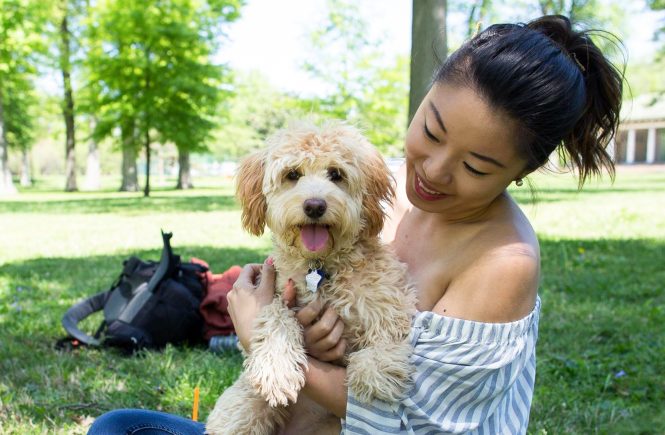 Now, I know every dog is different and everyone has different experiences as owners. I think Zach and I have been fairly lucky with Riply. She has her own challenges for sure, but nothing we can't overcome. Some people have much tougher dog situations so this is by no means a list of cold hard facts, just little tidbits I've personally come to realize as Riply's dog mom. 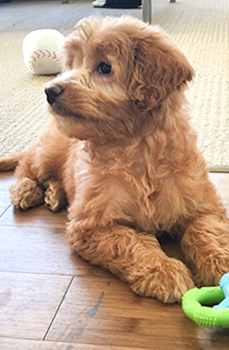 Owning a dog is hard work - I've heard this, you've heard this, and every parent has said this to their kid. But I didn't really realize just how hard until actually getting Riply. Puppies need SO much attention. You have to watch their every move and you're constantly on pee patrol. For the first week, I slept next to Riply's crate on an airmattress because she was whining so much at night. Zach and I took turns watching her during the day (he had a flexible med school schedule, I took some days off work) since she was too young to be left alone.

Having a dog is awesome and we love Riply to death. Like, obsessed. But, the first few months were a b*tch 😇

2 - You Never Know Exactly What You'll Get

You have the ultimate choice on what four-legged friend you want to bring home, but you never really know how a dog is going to grow up. Rescue dogs don't always have a detailed history or known breed and as much as breeders can guess based on genetics, it's not a perfect science. For example, our 30-40lb dog ended up topping out at 20lbs! (Though that's probably better than the other way.) You also never know when it comes to personality or behavior traits. I think it's important to think about what kind of dog you want and how they would fit into your lifestyle, but know that it doesn't always go according to plan. 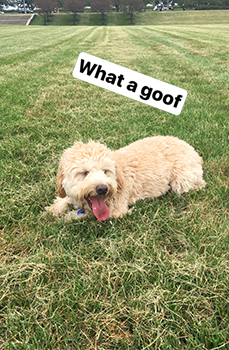 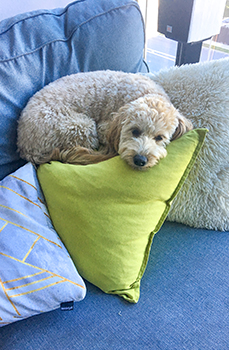 3 - Be Prepared, But Don't Go Overboard

Before getting a dog, it's important to do your research. It was good to know what things to buy before Riply came home or the type of paperwork we needed to get. But it was easy to become TOO prepared, especially when it comes to buying stuff. I did not need to get that hardcase puppy carrier which we never used and good thing I didn't buy all those specialty hair brushes and dematting tools that the internet said I had to get if I had a doodle. Turns out, Riply's hair doesn't really mat. My advice? Get the basics and then the rest you'll figure it out as you go. You'll save money and be less stressed out.

For the first few months, Zach and I would take turns taking Riply out to do her business and we'd report back. Did she poop? How much? Was it an odd color? Consistency?

I know it sounds so gross but we had to know! It would tell us if something was wrong with her digestive system and it also helped us figure out her potty schedule. Sometimes, if one of us wasn't home, the other person would text the poop report. Does this qualify as #relationshipgoals? Eh.

It's inevitable if you are co-raising a dog - you're going to have poop talk. 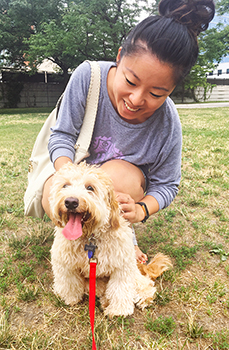 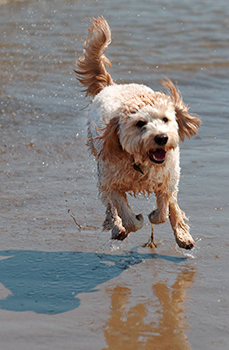 5 - You Will Make Rules And Then Break Them

Zach and I started with all these great intentions for training Riply - No human food, no dog in our bed, buy all-natural treats. Eventually, we broke down. We sometimes feed her bits of our food which of course, now results in her begging in the kitchen. We now allow her onto our bed during the day and while I still try to get her natural treats, Riply loves a good Beggin' Strip.

Rules for dogs are important! It's good training and makes things much easier for you. But as they say, rules are meant to be broken 😛 Or Zach and I are softies and Riply just gets the better of us.

6 - "GO AROUND" Is the Most Underrated Trick

Sit, Stay, Come - all great fundamental tricks but have you heard of "Go Around"? I learned this from some friends who taught their two rescue pups to go back around a pole or tree if their leashes got tangled. Isn't that so useful? I don't remember the exact command they used but I taught Riply to "go around" me if her leash got wrapped around my legs. It's super handy when I've got my hands full and I don't want to do the leash twirl to untangle myself.

However, I learned that Riply equated "Go Around" to moving counterwise only. We're working on a separate "Other Way" command to make her go clockwise. 😂 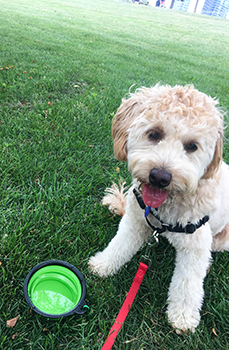 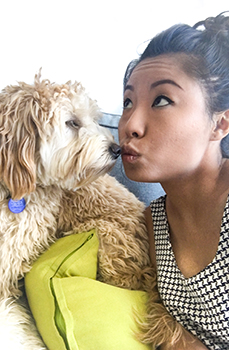 We can't speak for all but Zach and I love being dog owners. Despite all that time, energy, and money spent, there is no better feeling than coming home, greeted by a super excited puppy. They become a part of your family, a companion that loves you unconditionally. A few months ago I was going through a tough time, crying on the couch and Riply suddenly jumps up to give me a hug. Like full paws over my shoulder - I swear, Zach was a witness.

Having Riply has taught us so much already. It's challenged us, and also has made this year one of the best yet. It's totally been worth it.

I love meeting dog owners and hearing about their own experiences! Do you have a pet? Cute photos or funny stories? Or tips for a first time dog owner? Share them at hello@ohemcee.com! 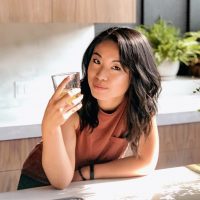