Flag Me Down Reed Diffusers 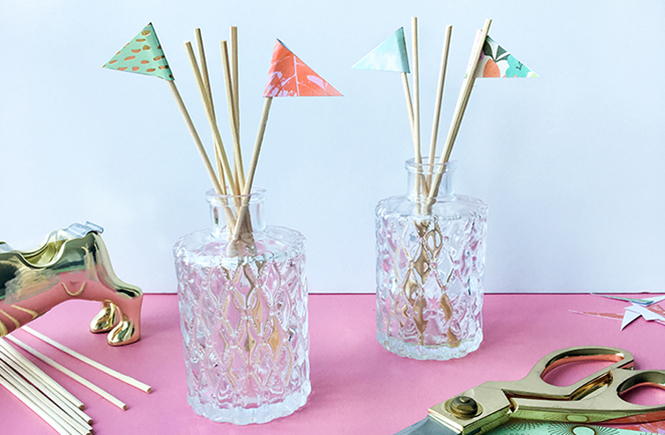 When living in a small apartment, it’s sometimes hard to keep everything smelling…nice. Especially now with a puppy. My boyfriend hates the scent of Febreeze and I don’t love the idea of spraying chemicals all the time. Reed diffusers have become one of my favorite ways to freshen up the home!

Decorating reed diffusers is probably not very high on the list of most people’s home decor projects. Trust me, I know it sounds silly and unnecessary. But this is also so simple to do and it adds just a little touch of delight to something plain.

To dress up my reed diffusers, I created mini flags out of some of the sticks. A quick trip to Michael’s and an episode of Modern Family was as long as it took to do. (I always watch TV or a have a movie in the background when I do my crafting. Probably stems from my architecture studio days in college!) 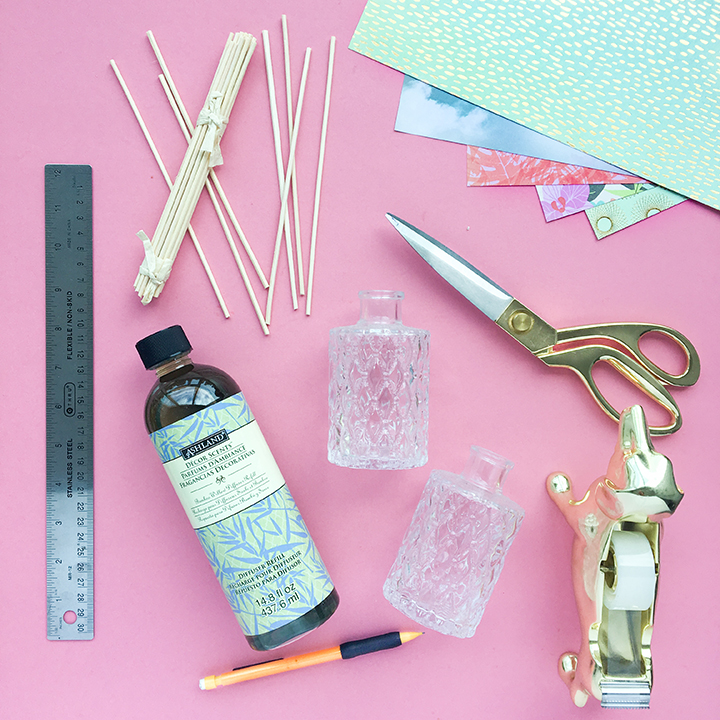 I got the idea of adding flags to some of the reed diffuser sticks from cake decorations! I’ve created mini flags and bunting for cakes before and realized I could do the same on diffusers. All you really need are scissors, a ruler, a pencil, some tape, and pretty paper.

I bought my set of 4 reed diffuser bottles and a bunch of diffuser sticks off of Amazon. You can get diffuser oils in most home decor shops, online, or craft stores. Michael’s was having a sale on scrapbook paper last week which is where I got the paper for the flags but really any kind of paper would work! Cutouts from magazines, newspapers, post cards, etc.

Instead of paper, you can also use washi tape! Just pick out your favorite, wrap it around the diffuser stick, and cut it to the shape you’d like. Done.

Measuring out the strips of paper you need for each flag will depend on how big you want the flags to be. Mine are 1.5″ wide by 1″ tall. Since I want the paper patterns to show up on both sides, I double the width, measuring out strips that are 3″ wide by 1″ tall to be folded later.

To get the triangle flag shape, mark the halfway point of each side and connected the dots to draw out a diamond. Once you cut that diamond out, fold it and you’ve got your mini flag!

Now for some of the flags, I wanted a particular part of the design to show through. To do this, I measured everything out on the printed side so I can see exactly what will get cut out.

Before adhereing the flags to the diffuser sticks, I wrap little piece of tape on the stick itself. Since reed diffusers work by drawing the oils up the reeds, the tape ensures that the oil doesn’t get on the paper flags. Trust me, wet and oily paper look gross.

I’ve tried glue and double-sided tape to adhere the flags to the sticks but my new favorite adhesive is glue dots! These things are amazing and yes, I am geeking out about glue. They come in a dispenser, kind of like white out tape, and it rolls out dots of sticky gel. So much easier to apply and they are quite strong.

Make sure you glue the paper flag to both the stick and to itself so it stays closed and doesn’t slide off! 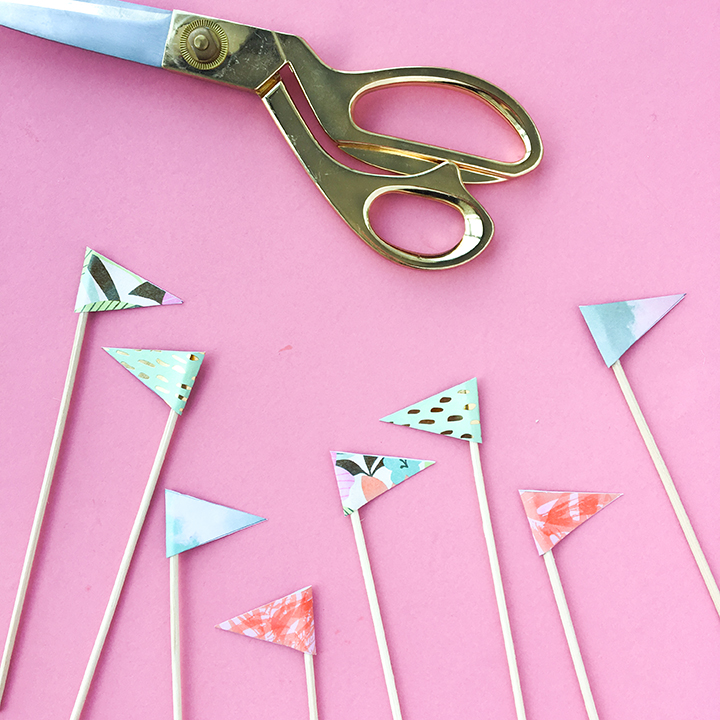 That’s it! Like I said, simple but they come out really cute and add a nice pop of color.

If you’ve got some extra flags, add them to the ends of toothpicks and save them as cupcake toppers =)